Our final day of camp started with “planting” sea monkeys with Mr. Emery.  After the kids got the crustaceans safely in their tank, they were placed in the big tipi to observe during the day.

Next, Miss Vicki read through the entire graphic novel of 20,000 Leagues Under the Sea with the kids, as the book itself was slower going than originally anticipated, and we wanted them to finish the story before the end of camp.  As we went through it, we discussed some of the things scientists have learned in the 150+ years since Jules Verne first wrote the novel, as well as made observations about character development, etc.

Near the end of our reading, the Children’s Museum showed up and talked to us briefly about some of the things they brought up for the kids to engage with later in the day. 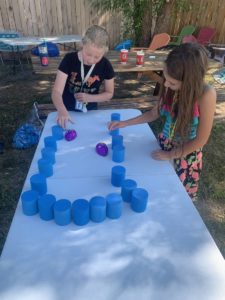 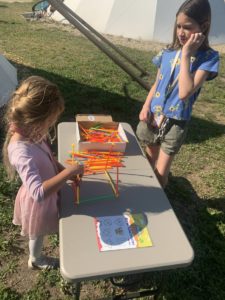 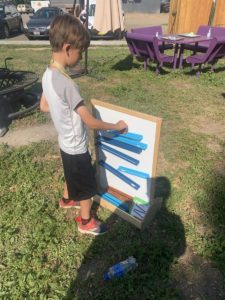 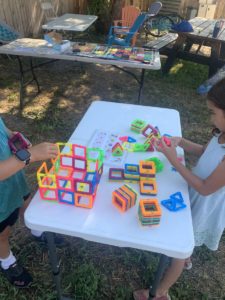 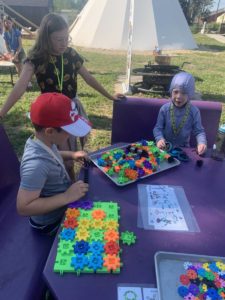 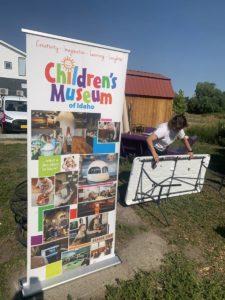 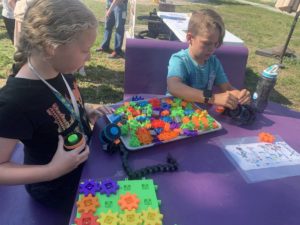 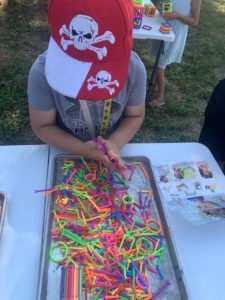 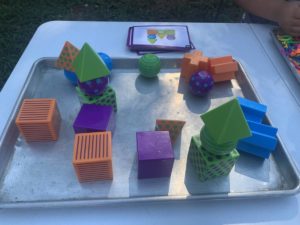 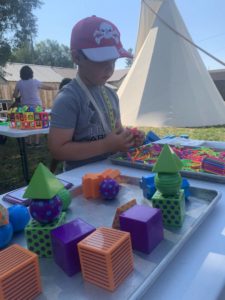 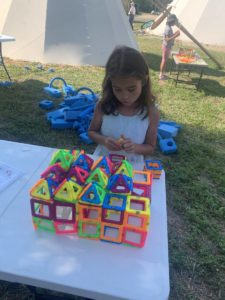 After we finished the graphic novel, the kids were allowed some free time to rest, play with the puzzles for the escape room, or play a game on the iPads about the book.

During our reading, Miss Sherry, Mr. Emery, and Miss Abbie had been helping the Children’s Museum get set up, as well as setting up a water slide for the kids.

After their free time, Miss Sherry broke everyone up into groups, and had them rotate through 3 stations: STEM exercises from the Children’s Museum, the water slide, and working on the escape room book in the tipi. 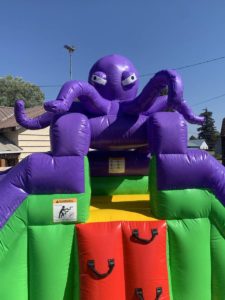 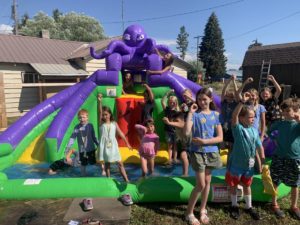 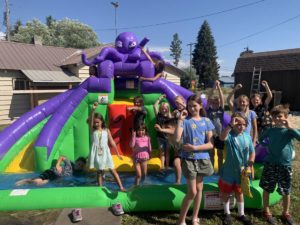 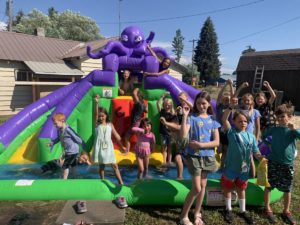 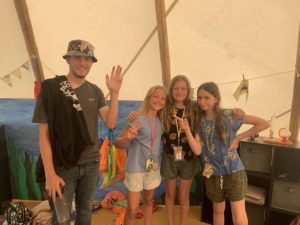 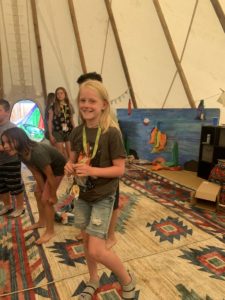 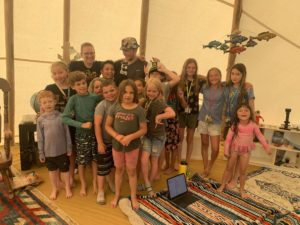 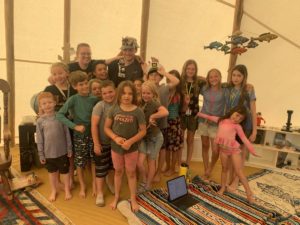 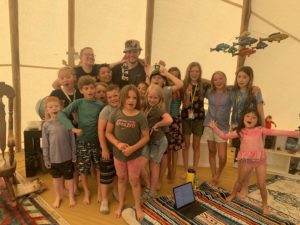 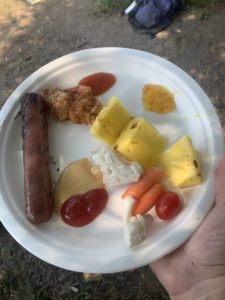 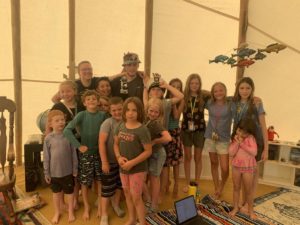 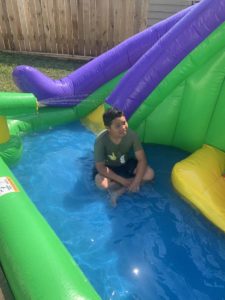 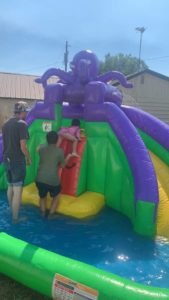 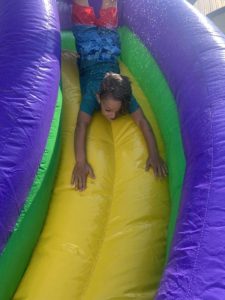 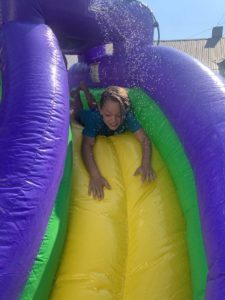 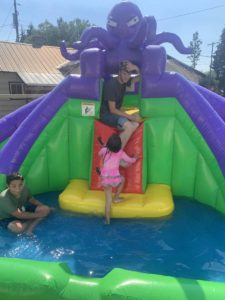 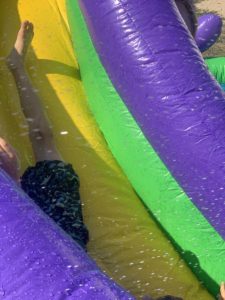 At this point, it was time for lunch.  We had a wonderful spread of coconut shrimp and hotdogs, with sides of veggies and fresh pineapple, and cupcakes for dessert.

After lunch, the campers had the opportunity to further explore the items brought to us by the Children’s Museum.  They played with puzzles, used different and interesting building materials to make shapes and patterns, interacted with kinetic sand, sorted and identified beautiful rocks, minerals, and fossils, worked with basic coding, and more.  The museum’s vision is to inspire and nurture future explorers, innovators, and critical thinkers through interactive play in a safe, engaging environment with hands-on exhibits designed specifically for children between two and eight years old.

Before the end of the day, the campers were able to trade in their brag tags for items at the library store.

This week has been so much fun!  We learned so much about sea creatures, maritime technology and tools, and had a great time reading one of the works of Jules Verne, a truly extraordinary visionary of his time.  We can’t wait to see what our next camp has to teach us!