Try applying your math skills to this paper airplane activity.

3. Science: The Museum of Life and Science located in Durham, North Carolina has many short videos of bite sized activities. This animal track activity can be done here.

Why not read about some of the species native to North Carolina. What species do we also have here in Idaho?

4. Writing: O. Henry, was a famous author from North Carolina. One of his most famous works was The Gift of the Magi.

What’s the lesson in this short story? Try writing a short story that imparts a similar lesson.

5. History: In North Carolina in 1584, an entire colony was lost on Roanoke Island. Some people think that the colonists simply moved, but they were never heard from again! Do some research, what do you think happened?

In addition, they have other art activities to do at home!

7. Book Pick: Ender’s Game by Orson Scott Card is my book pick for North Carolina. This book is in the YA genre, and while it’s not set in North Carolina, the author is from Greensboro!

Stella by Starlight tells the story of an11-year-old African-American girl living in the small town of Bumblebee, North Carolina in 1932. Stella comes from a hard-working family, whose church congregation and wider community are shaken after the Klu Klux Klan reemerges in their community during the Great Depression. 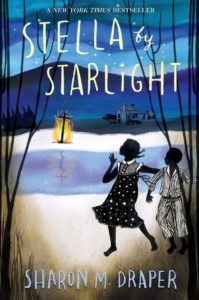