2. Math: New Hampshire was founded in 1623, How old was New Hampshire  when the Declaration of Independence was signed?   New Hampshire formed its own state government in January 1776, and in June 1776 the delegates voted for independence in Philadelphia.   New Hampshire was the ninth and decisive vote in ratifying the Constitution of the United States in 1788. It is fun to put history and simple math together.  Practice your addition by figuring out math problem like:

The McAuliffe-Shepard Discovery Center is located in Concord, New Hampshire, United States, next door to the NHTI campus. The museum is dedicated to Christa McAuliffe, the Concord High School social studies teacher selected by NASA out of over 11,000 applicants to be the first Teacher in Space, and Alan Shepard, the Derry, New Hampshire, native and Navy test pilot who became the first American in space and one of only twelve human beings to walk on the Moon. The Discovery Center’s mission is to inspire every generation to reach for the stars, through engaging, artful and entertaining activities that explore astronomy, aviation, earth and space science. 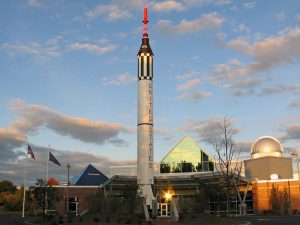 The 45,000-square-foot McAuliffe-Shepard Discovery Center offers 20,000 square feet of interactive science and engineering exhibits, outdoor exhibits including a full-sized replica of a Mercury-Redstone rocket, a full-dome digital planetarium, an observatory, science store, café, portable digital planetarium and a full complement of on- and off-site educational programs.

They have a great try this at home section including making rock candy at home. 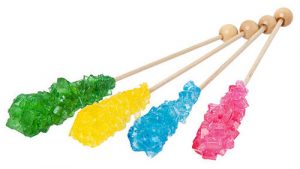 New Hampshire has one of the most amazing COVID resource guides I have seen.  Not all writing is stories and poetry.  This week I would like you to write your own resource guide.  Mention at least one resource to help other students and parents while at home.  (remember to use the examples they present. )

6. History: Old Man in the Mountain

The recent rock slide in Riggins has reminded us how quickly nature can change. 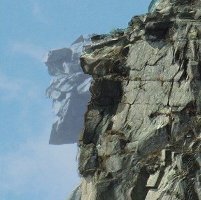 Old Man of The Mountain

A Prayer for Owen Meany is the ] novel by American writer John Irving. Published in 1989, it tells the story of John Wheelwright and his best friend Owen Meany growing up together in a small New Hampshire town during the 1950s and 1960s. According to John’s narration, Owen is a remarkable boy in many ways; he believes himself to be God’s instrument and sets out to fulfill the fate he has prophesied for himself. 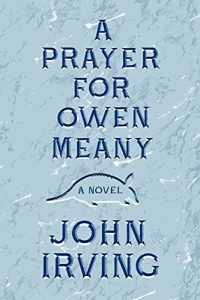 A state as beautiful as New Hampshire gets an additional YA book pick.

At almost six feet tall, twelve-year-old Truly Lovejoy stands out in a crowd whether she likes it or not. (She doesn’t.) So when her family up and moves to teeny-tiny, super boring Pumpkin Falls, New Hampshire, Truly doesn’t stand a chance of blending in. Helping out at the family bookstore one day, she discovers a mysterious letter inside an old copy of Charlotte’s Web and soon finds herself and her new friends swept up in a madcap treasure hunt around town. While chasing clues that could spell danger, Truly discovers there’s more to Pumpkin Falls than meets the eye—and that blending in can be overrated.