Our Fish Episode airs tomorrow evening.  “Salmon Reckoning” will be airing this Thursday Oct. 14th at 8:00pm. It will repeat on Sunday Oct. 17th at 7:00pm. 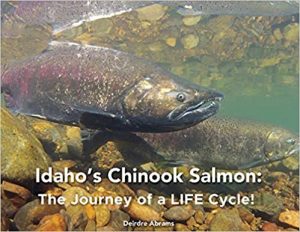 “Wild Chinook salmon, some migrating more than 900 miles to the ocean from the high mountains of Idaho, once made up nearly 50% of the Columbia River Basin’s salmon runs. In 2020, and over the last twenty years, wild Chinook in Idaho have been in crisis, placed on the endangered species list, and face the growing threat of extinction. In fact, only 2% of Idaho’s wild Chinook population remains. This is not only a crisis for this Idaho salmon but also for biodiversity in the Pacific Northwest. Snake River Chinook salmon are culturally important to many indigenous peoples and are the main source of food for the Southern Resident killer whales (orcas) of Puget Sound; therefore, the plight of Chinook salmon is adversely affecting native traditions and sustenance, and also the Southern Resident orcas, which are also on the endangered species list. Because Chinook salmon who originate in Idaho travel the farthest through the Columbia River Basin to the Pacific Ocean… and back… than any other Chinook population in the lower 48 states, the focus of this book is on them and their miraculous, obstacle-filled migration. It is for the fish and young people that I write this book- in hopes of enlightening and inspiring kids all over the country, not just in Idaho, to learn how very special these brave salmon are and to join me in protecting them!” 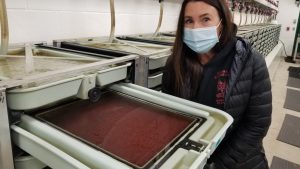 NOV 25: Eyed-eggs from fall Chinook Salmon at the Nez Perce Tribal Hatchery on the banks of the Clearwater River. An eager teacher about to receive the fruits of months of planning with Nez Perce Tribe fish managers. Big thanks to Wayne Penney for facilitating a smooth transition process. 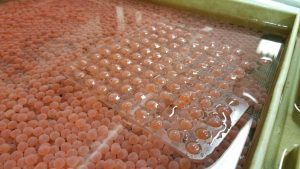 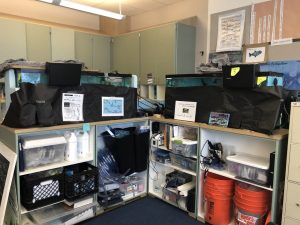 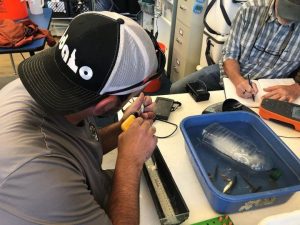 The first-time collaboration between the Nez Perce Tribe and Donnelly Elementary allows fifth graders in west-central Idaho to raise juvenile salmon in their classroom and learn of their biological and cultural significance in the Snake River ecosystem.

Mrs. Abrams is our local 5th grade teacher and we absolutely love her journey, both as a conservationist as well as a teacher.  Her 5th grade class raised salmon this year and thanks to a Make-It grant, we got to tag along.

(Well, at least tag along with the use of video technology. )

Our Make-It Grant afforded us the opportunity to purchase a GoPro Hero 9 camera, which is available for check out at the Library.  In addition to the purchase of the camera we were able to afford the ability to take it underwater.  A young 5th grader, Tabatha Vrany, checked the camera out and took it to class.  We have featured some of her work on our YouTube Channel.   Eventually, Outdoor Idaho and Idaho Public Television will feature these great 5th graders and also some of the work of young Miss Vrany, the aspiring film producer. 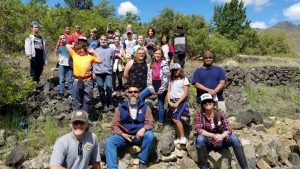 On April 25th, Mrs. Abrams launched a Facebook page for this incredible project.

AprcltiSpiolrmrononn sor2e5d  ·
The “Salmon at School” facebook page is now LIVE! Here, you can follow Mrs. Deirdre Abrams’ 5th grade class at Donnelly Elementary School (DES), in west-central Idaho, as they raise fall chinook salmon in their classroom.
The project is a first-ever collaboration between DES and the Nez Perce Tribe, which contributed eyed eggs to this educational pilot project with the hopes that, by interacting with baby salmon as a daily learning tool, the next generation of Idahoans will develop a deeper understanding and appreciation for these fish and the ecosystem that depends on their continued abundance.
Many of the first posts here will recount the progress of the “Salmon at School” project, so far, from the time DES received the eggs from the Nez Perce Cherry Lane Tribal Hatchery.
Without the support and encouragement from the Nez Perce Tribe, this program would likely not have happened. Mrs. Abrams’ 5th graders will be forever grateful for this opportunity and will carry their experiences forward as newly “hatched” champions for Idaho’s greatest fish. 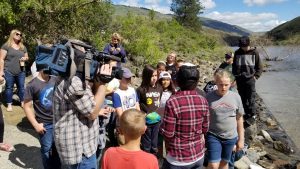 You can follow this journey at www.facebook.com/salmonatschool
SPECIAL thanks to Mrs. Abrams and the Nez Perce Tribe for working to save the Salmon.  Thank you to ICFL (Idaho Commission For Libraries) for giving us the opportunity to have a GoPro available for all of our patrons including the 5th graders.
https://storymaps.arcgis.com/stories/9613f40bc14c43e0a1f0494a286f0511
#SaveTheSalmon