Before learning about Greenland and the Arctic, we spent time reviewing the life of a salmon. We learned about the different types of salmon and their names. After coloring some salmon pictures and learning the names, the kids had macaroni with tuna for snack. In Greenland, there is not much in way of growing food in the freezing tundra, so they have a lot of boxed, canned, premade, or even preserved foods. The freshest foods comes from their waters! They say that you only need to put a hook in the water for five minutes and you’ll have a fish to eat. Anything found in the water in Greenland is a main food source for the people.

As we read Magic Tree House #16 Polar Bears and the Arctic, we learned that the people we call “Eskimos” are actually called “Inuit.” Some people still travel by dog sleds and live in huts and igloos! There are many animals that live in Greenland beyond the Polar Bear such as the arctic wolf, seals, walruses, arctic hair, reindeer, narwhal, whales, snowy owl, and the Greenland shark. We then read Inuit tales and Follow the Polar Bears before watching an informative video on Epic about the Greenland shark. We followed up the video with reading Kaakuluk: Greenland Sharks!, which included tale “The Amautalk” by Aviaq Johnston.

We had fun playing a quiz game about animals. Each person picked an animal we learned about so far and asked a question on the back of the card. 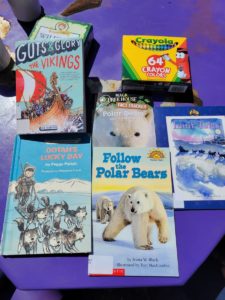 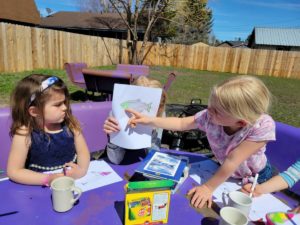 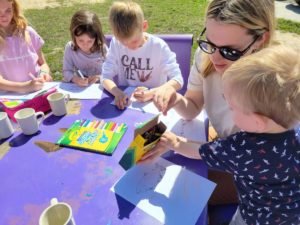 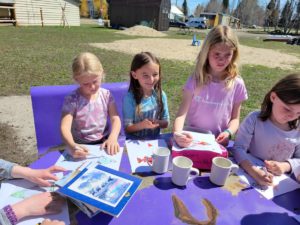 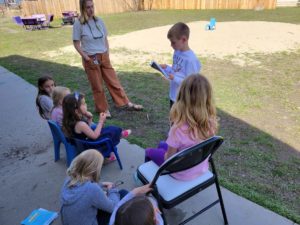 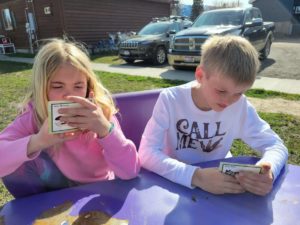 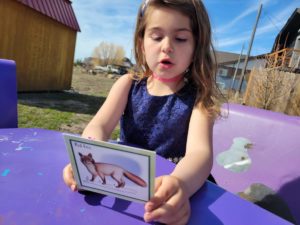