Happy St. Patrick’s Day! Grandma Library brought plenty of green items to wear so that we don’t get pinched!

As you might have guessed, we learned about Ireland today. Ireland is so green it earned the title the Emerald Isle! We got to enjoy some potatoes for snack today. We read All Around the World Ireland and discovered the Cliffs of Moher and the Blarney Stone. Did you know that the two major crops in Ireland are potatoes and cabbages? We learned a new term, emigrated, which means to leave your country to live elsewhere. During a four year crop famine, nearly one million people died and more than 2 million people emigrated.

Life in Ireland is very colorful and full of sheep. In fact, there are more sheep there than people! Singing folk songs, dancing, and telling stories of the past are important to the culture. Ireland has a rich Celtic history that plays a big part in their celebrations and heritage. Folklore is also important and very integrated to the life in Ireland.

Today we read many books about Ireland and St. Patrick’s Day! Kary read The Luck of the Irish  to the kids, then I read Tim O’Toole and the wee ­folk: an Ir­ish ­tale, followed by the kids searching for the leprechaun while they read Hooray for St. Patrick’s day! 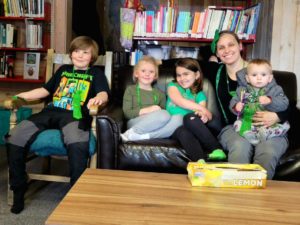 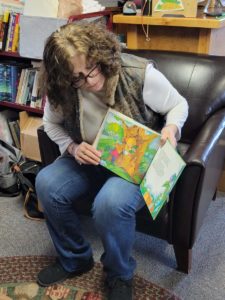 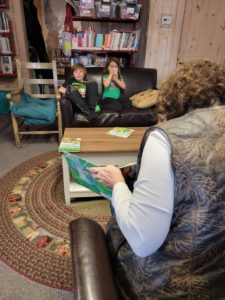 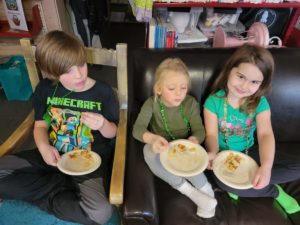 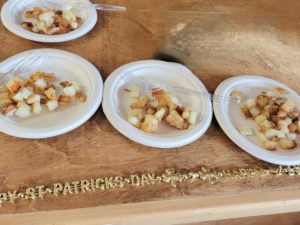