What a chilly, drizzling day today! Lucky enough, we had some veggie soup and/or chicken with wild rice soup to warm ourselves with after the walk to the library! While we enjoyed our cups of soups, we explored Ethiopia and read Exploring Countries: Ethiopia.

Ethiopia is a landlocked country that makes up a large part of the Horn of Africa. The highlands are sometimes called the “Roof of Africa.” The kids had a fun time memorizing/acting out these names as well as learning about… DANAKIL! Danakil Desert is considered one of the most unlivable places on Earth! In order to remember the name, the kids went all out showcasing their death/kill scenes where they had to “die” by the time I said “kil” (Danakil). We also learned that plateaus are flat top mountains. Algeria is 410 feet below sea level and it has volcanoes. You can fine a green acid salt pond throughout Dallol because of the hot springs in the Dallol volcano.

There is so much to learn about Algeria! The kids did a wonderful job today! After the lesson, we had a boys versus girls contest. They had to answer two questions each about what they learned today. It was a clooooose one!!! The girls won with the final question! Then they got to take turn asking each other questions about Algeria. 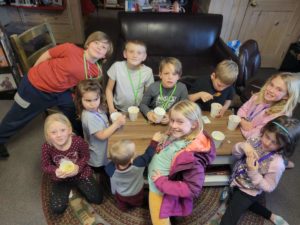 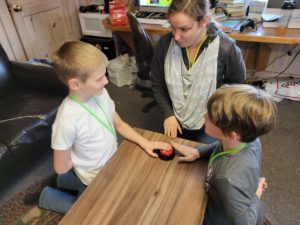 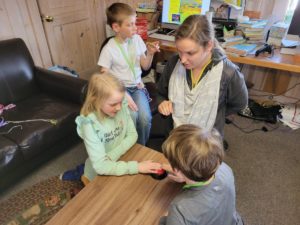 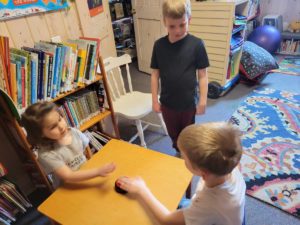 I like this series for learning about other countries.  This series contains recipes, and games, and an activity.  I recommend them. (Miss Sherry)