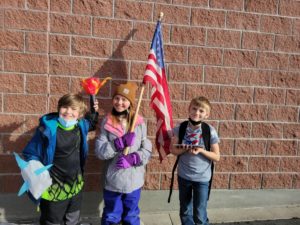 That’s right! The Donnelly Library held its very own Olympics. But first we had to learn about its origins. The Olympic Games hail from Ancient Greece that took place every four years. These games were in honor of the Greek god, Zeus. On top of learning the 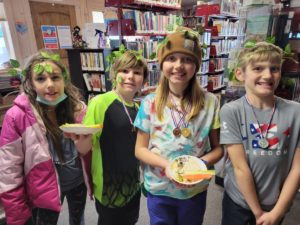 backstory of the Olympic Games, we dove into Greece and tried some Grecian foods! Cougar Dave’s made hummus with a side of carrots, celery, and pita for us and also delivered some feta cheese! 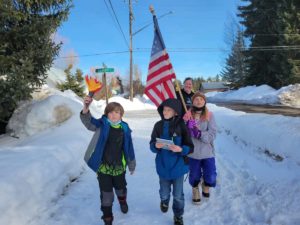 Our Olympic Games started with a walk from the school to the library holding the American flag with our torch leading the way. The kids picked their country and competed for their medals. Check out our video below!

Congratulations to Marshall for winning the most Gold Medals! 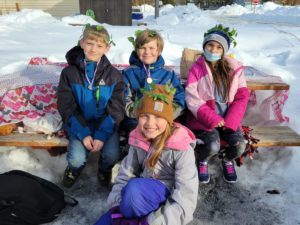 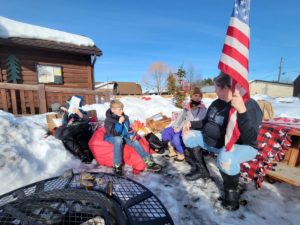 In ancient Greece, the word “idiot” meant anyone who didn’t participate in politics.

Miss Sherry read Ancient Greece 50 Things and the above is one of the interesting facts I learned.